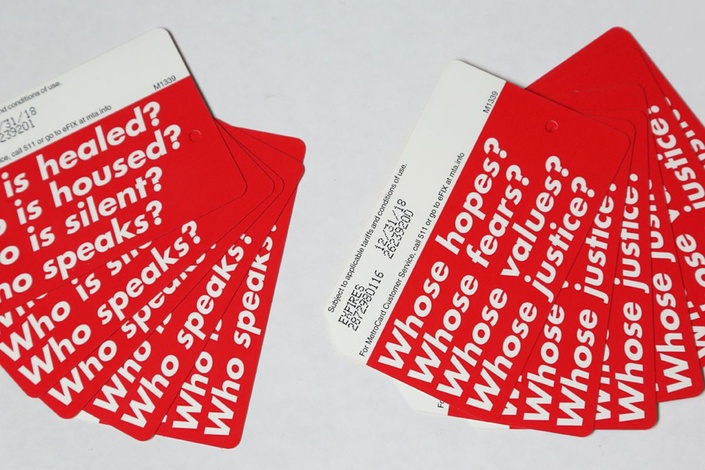 From concept to execution, learn how to create designs that stand out, drive action, and help win campaigns

Good design is part of strong organizing. Running grassroots campaigns requires communicating effectively across many platforms, and good design can dramatically activate and broaden your base.

This series of 15 presentations is designed for people doing graphic design for campaigns. It will help you rapidly scale up your visual communications skills. From building a creative brief, to applying time-tested graphic design techniques, to navigating industry-standard (and emerging!) software, this course will help you efficiently create designs that inspire action.

Steve Alfaro, SMT Staff Partner. Steve is the son of immigrant parents from Guatemala. He spent the last decade leading design and creative at Voto Latino, which has registered over half a million Latinx youth. He’s also done work for other national organizations such as the Center for Responsible Lending and the League of United Latin American Citizens. Steve is passionate about immigrant rights in this country and ending family separation at the border. In 2018 he was an Art for Social Justice Fellow at the Sanctuaries, an organization that activates artists to build power, shift culture, and heal spirits through community organizing and social movements. As a fellow, he worked with a team of artist and designers to develop design assets and tools to help the residents of Berry Farms public housing who are being forced out of their homes as a result of gentrification. Steve lives in Washington, D.C, with his partner and young daughter.

Jules Cowan, SMT Staff Partner. As an organizer and art director, Jules believes our movements need to tell more stories of organizing victories large and small. For over a decade, Jules has designed websites, identities, and collateral that communicate these grassroots stories. He has worked as a Graphic Designer at Jewish Voice for Peace and as a Freelance Designer at Design Action Collective. His visual communications have supported creative campaigns for housing justice, decarceration, Palestinian human rights, Green Party candidates, oil pipeline blockades, and Puerto Rican independence. He also trains organizers to use design and photography, and is a 2019 Fellow at Yerba Buena Center for the Arts. Just as much a part of his creative process, Jules plays soccer with the Left Wing Fútbol Club, meditates, and prints political posters.

Micky Jordan, SMT Staff Partner. Micky is a Black queer and genderqueer visual artist and organizer who has called Richmond, Virginia home for over 20 years. He's a mostly self-taught designer who has developed his design work with a range of organizing groups. In his current role at Southerners on New Ground (SONG) Micky does both design and larger organizational communications. He joined SONG as a member in 2014, then joined staff to lead campaign work around police accountability and continue to build SONG’s base. Through his work with SONG, the Virginia Anti-Violence Project and the LGBT youth center Side by Side, Micky brings in his experiences as a Black queer and trans organizer. He loves art, media, stand up comedy and dreaming about building a safer, beautiful, more affirming world for trans and queer people of color to not just survive in, but thrive in.

Poonam Wahbi, SMT Staff Partner. Poonam is an immigrant from the United Arab Emirates. As one of the longest serving co-owners of Design Action Collective — a worker-owned business that supports social justice organizations with design & visual communication — she has 15 years of experience working with hundreds of organizations as a Designer, Project Manager and an Information Architect. She has shared knowledge and presented at numerous local and national conferences on worker cooperatives & movement technology. She is also a local DJ engaged in the arts & music scene in Oakland where she has lived for 20 years, and brings eclectic beats to movement fundraisers to support local organizing under the moniker of DJ Baagi.

Marie Walz, SMT Staff Partner. Marie is a graphic designer and art director with experience in digital and print creative campaigns. She is active in the LGBTQ and art communities in Chicago, and has taught at Columbia College Chicago and The School of the Art Institute of Chicago. She has designed for numerous campaigns and led group design trainings for organizing groups as well as provided one-on-one coaching.