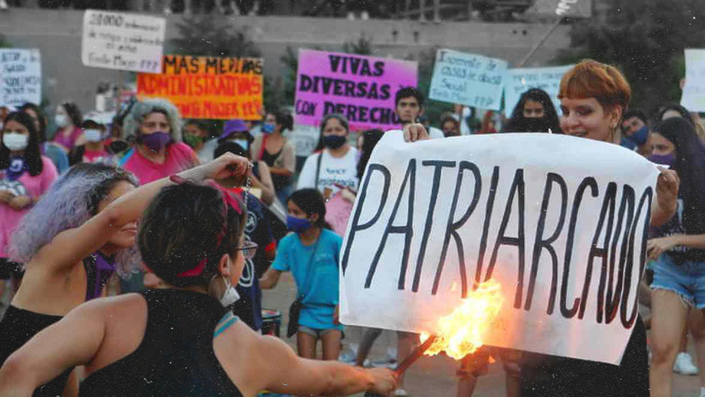 As the most used app in the world, organizers are finding WhatsApp useful. But WhatsApp is being used to harvest data for Facebook's growing unaccountable digital empire. And it is not as safe from state surveillance as some might think, and state actors are pushing hard for greater access to monitor activism.

Learn how campaigners across Africa, Asia, the U.S. and Latin America are using WhatsApp as a powerful tool to build people-powered campaigns for change and what campaigns are doing to reduce risk, including alternate safer apps. Wondering if this course is right for you? Feel free to take the quiz at the bottom of this page

Ana Lozano - SMT Global Team Coordinator, Mexico/UK. Ana has been campaigning for human rights since 2007, first as an Amnesty International Mexico volunteer. After a few years focusing on children’s rights and education projects, she shifted towards digital campaigning as founding member and Campaigns Manager of Change.org México, where she spent years supporting thousands of citizens, grassroots activists and organizations to create and lead successful campaigns spanning issues such as women’s rights, LGBTQ+, environment, criminal and economic justice. She was witness and part of policy changes, constitutional reforms, and a culture shift towards more active and participative citizens creating change in Mexico and Latin America. She has focused on the intersection of online and offline action, working closely as a trainer as well as directly supporting advocacy organizations, grassroots activist networks and civic tech projects. Always a feminist.

Astari Rosmalina - SMT Global Team, Indonesia. Astari serves as ActionAid Indonesia’s Digital Fundraising and Communication Coordinator. She manages social media and digital platforms on human rights campaigns, mostly related to access to public services and children’s rights to education and health. For example, in the wake of the deaths of children in school building collapses, thousands of Indonesians have been part of the fight to require and push government to fund safely built schools through the Safe Schools Campaign.

Christine Miranda - SMT Staff Partner, U.S.Christine has a diverse background in Latinx community organizing, web and graphic design, non-profit data management, digital storytelling, and social media strategy. She is an organizer with Cosecha, a decentralized movement fighting for permanent protection for all undocumented immigrants. Her field coaching and digital strategy work supported the May 1, 2017 “Day Without Immigrants” campaign and escalated actions protesting the repeal of DACA. She also developed a Snapchat strategy that has helped Cosecha reach hundreds of thousands of people through Geofilters and trending live stories. Previously, Christine was a Fulbright Scholar in Panama, assisting Afro-West Indian advocacy groups with local organizing projects and digitizing community knowledge.

Hannah Roditi - SMT Director, US. Long-time union, community and faith-based organizer passionate about redistributing power. Founded and ran a faith-based – labor coalition in CT for 10 years, winning legislation and city laws to break down racial barriers to good jobs. Has designed and led social media training for groups from D.C. to Oakland as well as on-line trainings with up to 500 campaigners, including in Spanish and bilingually for mixed language groups. Works with unions and organizing groups to help them ramp up with social media to build power and win campaigns. The use of new tech tools to strengthen on-the-ground organizing and ramp up pressure on targets is a passion of Hannah’s.

Jonatan Rodriguez - SMT Global Team, Colombia. Jonatan is Change.org’s Colombia Co-Director, where he has campaigned since 2014. He supports ordinary people to start petitions tackling injustices and to turn their voices into a force capable of accomplishing social and environmental changes. Jonatan has also served as OpenDemocracy’s Editor for Latin America, consolidating his knowledge on the region’s media landscape, and has helped build different NGOs, social projects and fundraising strategies for social causes.

Paul Aguilar - SocialTIC, México. Paul is in charge of digital security at SocialTIC -- an NGO that does research, training, direct support and promotion of digital technologies and data for social movements.

Paula Bonfatti - SMT Global Team, Berlin. Paula manages the social media channels of All Out, a global movement for LGBT+ rights. Originally from Brazil, she helped with communications at Viração, a youth rights grassroots organization, and was responsible for the digital communication channels of U-Report Brazil, a youth participation platform developed by UNICEF’s Office of Innovation. Paula builds robust ad program rollouts for online social media campaigns, in addition to content-oriented campaigns for conversion optimization.

Soumya Bhat - SMT Global Team, India. Soumya serves as the Web & Social Media Editor at Amnesty India, where she has worked on many human rights campaigns. In 2017, she was one of the coordinators of "#IWillGoOut", a young feminist movement to reclaim public spaces. The movement organized and mobilized people across 31 cities over digital spaces. She also served as the assistant coordinator of the One Billion Rising movement in India in 2015-2016. She is passionate about people power and the potential of large movements to change public mindsets.

"It gave me a better sense of the varied types of audiences and conversations that WhatsApp can be used for." - Alicia Johnson, National Organizer and Student Network Manager, Americans United for Separate Church and State

Test your knowledge of this topic and whether this course will be useful for you by taking this quiz.